From the inbox of a political reporter, glimpses of press releases that usually go ignored: stunts, over-the-top quotes, and bizarre story pitches. This occasional blog series is meant to show the level of dialogue on Planet Politics:

NextGen Climate Colorado has made a point of staging elaborate displays in its effort to help Sen. Mark Udall (D-Colorado) win re-election this year.

With Halloween around the corner, the group thought it could get attention by building a "haunted house" on the Auraria campus in Denver:

“Though it’s almost Halloween, nothing should scare young voters more than Congressman Cory Gardner’s determination to impose his extreme positions on Coloradans, like his denial of climate change science his unwillingness to admit the truth about his personhood bill, ” said Cameron Brennan, NextGen Climate campus organizer for Metropolitan State University of Denver. “When it comes to the issues voters care about most, Gardner’s views defy logic and reason—which is not what we need in a leader.”

The press release concludes with this quote, bound to be picked up and inserted into stories by serious journalists everywhere:


“Congressman Gardner doesn’t belong in the U.S. Senate—he belongs in a House of Deception, where things are never what they seem, and the truth is blurred beyond recognition.”

Posted by Brandon Rittiman at 11:06 AM No comments: 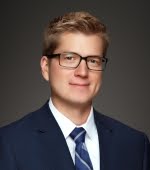