Our beloved ruler, Cat, dies at 18 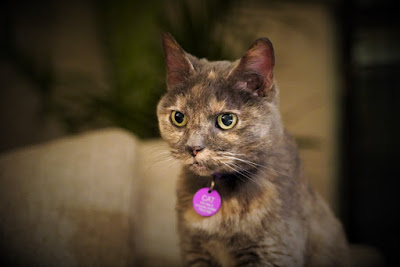 Her kingdom wasn't vast. Her subjects weren't numerous. But Cat inspired the sort of devotion in her people that would make Earth's lesser monarchs sick with envy. Cat, the beloved feline and supreme ruler of our household, died peacefully Wednesday at a veterinary facility in Rio Linda, California. She was 18 years old. It's difficult for most Americans to understand the grief that strikes when a beloved monarch dies. Our family now understands it all too well. Apart from small gestures of affection, we subjects were generally forbidden to shower Cat with our love. Even so, she would never let us feel even for a moment that we were unloved. Cat watched over us all. She would appear as if by magic, always there to provide comfort when one of her subjects needed her. Cat had a way of knowing you could use some company before you  even realized it yourself. I joined the royal family by marriage, of course, to Cat's human servant. "We're a package deal,"
Read more

Our EV costs 73% less to drive than our Jeep 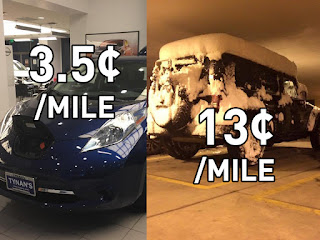 The per-mile cost of driving our two cars To the dismay of internet trolls, I chose to drive my new electric car instead of returning it to the dealership or smashing it for scrap metal. And guess what? It's a HELLUVA lot cheaper to drive than our other car: 72.8 percent cheaper, to be exact. RELATED: Haters be hatin' on my cheap new EV I'll do the math on this below so you can see my methodology and update a few more things I've learned driving this car for a month as well. We recently became the unlikely owners of a Nissan Leaf, thanks to a combination of private incentives and government tax credits in Colorado that slashed the effective pre-tax price of the car to $9,400 in our case. (The $10,000 Xcel customer incentive expires June 30.) Our electric bills RELATED: How to get a new EV for under $10,000 The first month's power bill is in: driving this car for my daily commute and around-town errands for the month raised our electric bill ab
Read more
More posts